NewsScience and Culture From Home 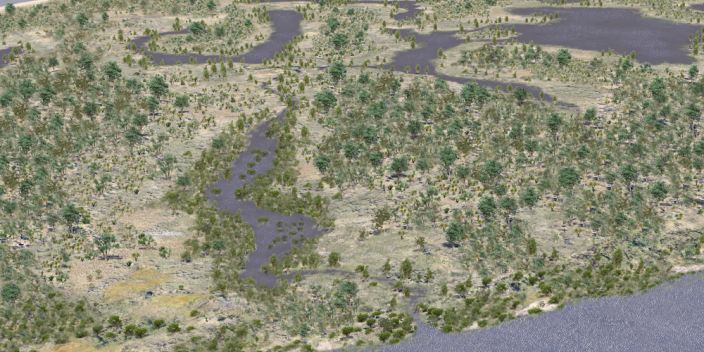 Have you ever wondered what Perth was like before it was a city?

Like many other cities around the world, Perth was founded on wetlands. These environments have played a significant role in the city’s development, and are important habitats for a range of species. A collaborative project between Edith Cowan University, Landgate and the City of Perth aimed to raise awareness of the cultural and environmental importance of Perth’s wetlands by reimagining what Perth may have looked like when it was first settled by Europeans.

Image Credit: Reconstructed view of Perth in 1827 (looking west from the Claise Brook entry to the Swan River across the lakes of central Perth)
Image copyright Edith Cowan University 2014.