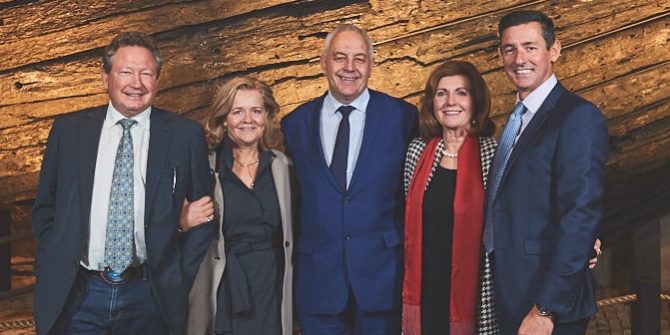 The introduction of the Foundation for the WA Museum’s inaugural Minderoo Grant, funded from the Discovery Endowment Fund, has generated an excellent response from the WA Museum’s scientists and curators in its inaugural year. Eleven high calibre submissions were received from a wide cross section of Museum research departments with four recipients receiving Grants for key Museum projects which would not otherwise be funded.

The projects selected offer far reaching benefits and represent some of the WA Museum’s diverse disciplines in science, social and cultural knowledge. The successful Minderoo Grants project include:

Mid-Cretaceous vertebrate from the Pillawarra Plateau

Acquisition of 3D scanner to improve WAM’s Collections conservation abilities and enable 3D digital and tactile access to the public. The 3D capability will provide benefit across a number of Museum teams including Materials Conservation, New Museum, Learning and Creativity, Maritime Archaeology, Anthropology and Archaeology.

Preserving the past – securing the future of the WAM tissue collection

Supporting the Museum to conserve against molecular degradation (RNA and DNA) to one of its most invaluable biological assets – the historical terrestrial vertebrates ultra frozen tissue samples. Many samples within this collection are irreplaceable due to being endangered or extinct and comprise a fraction of the 70,000 tissue samples held by the Museum. Tissue samples are ultra frozen at -80C to preserve them for future decades of genetic research on WA’s diverse terrestrial animals.

The four Minderoo Grant recipients were announced at an event hosted by the Foundation for the WA Museum where the WA Museum awarded its highest honour to philanthropists Andrew and Nicola Forrest for their committed leadership and financial support over many years. The Forrest’s became Fellows of the WA Museum, an accolade awarded to only 17 others over the 127-year history of the Museum, with Nicola Forrest being its first female Fellow.