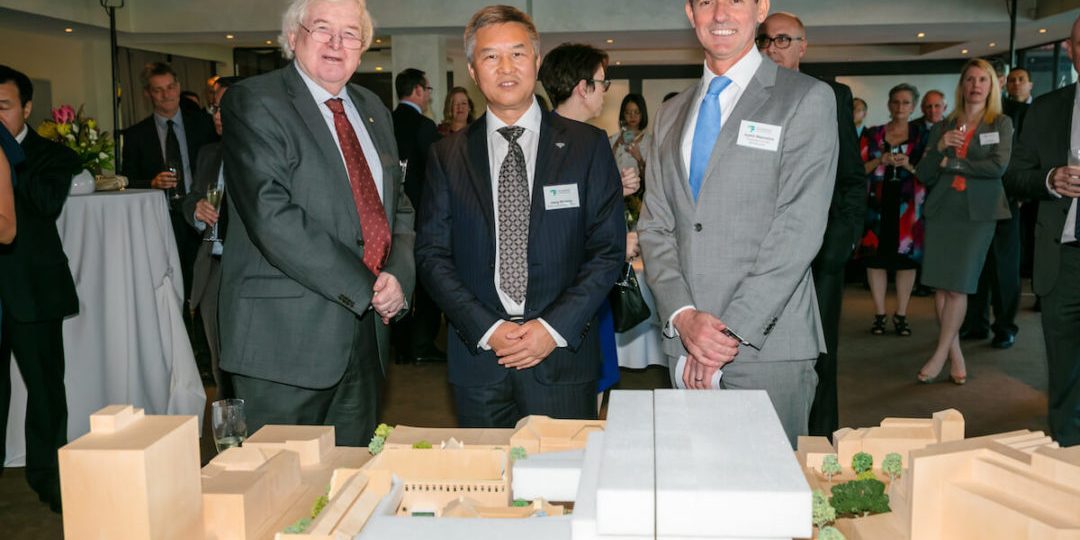 I am delighted to congratulate the Foundation for the WA Museum on securing a major contribution from the Tianqi Lithium Corporation and its Chairman, Mr Jiang Weiping.

On Wednesday night, Her Excellency, Ms Kerry Sanderson AC, Governor of Western Australia, and the Hon David Templeman MLA, Minister for Culture and the Arts, welcomed Mr and Mrs Jiang, Mrs Vivienne Wu, CEO and President of the Tianqi Lithium Corporation, and their colleagues from Tianqi, to a special event to mark the occasion.

Justin Mannolini, Chair of the Foundation for the WA Museum, signed agreements with Mr Jiang and Mrs Wu which will see the creation of a special fund within the Foundation’s endowment Discovery Fund established in his name and an overall investment of $5 million. In addition to supporting the WA Museum’s ongoing work, this funding will see the Western Australian Museum exclusively host several high calibre and world renowned exhibitions of Chinese culture over a 10-year period from 2020.

Tianqi has a 20-year history with Western Australia but has achieved much greater prominence in recent years due to its acquisition of the Talison Mine at Greenbushes (one of the richest lithium deposits in the world) and its subsequent development of a lithium hydroxide processing plant at Kwinana – the largest plant of its kind in the world. With so many electronic devices powered by lithium batteries and the emerging need for major electricity storage battery plants (not least in South Australia!) the world demand for lithium is expected to treble by 2025.

In fact, this is a major departure for Chinese lithium producers, as processing is usually carried out in China. However, Mr Jiang has stated that it made sense to process the high-grade ore close to where it was mined, and that he also had a personal attachment to WA and was proud to become a part of the community

A Tianqi spokesman affirmed: “Tianqi Lithium was presently investing nearly $1 billion in the new processing plant and expansion of the Greenbushes mine and has committed to the local community not just with jobs but through a range of sponsorships and partnerships in education, training, culture and the arts.”

Mr Jiang himself is no stranger to the WA Museum. He has been visiting us for some two years now and is an enthusiastic supporter of our work and our potential. At the event to mark this significant and generous support, he spoke with great passion and clarity about his interest in our project and the reason for his support. He said: “Partnering with the Foundation for the WA Museum demonstrates our commitment to build better relations between Australia and China, and importantly to bridge outdated cultural divides.”

In recognition of this extraordinary contribution, the Connections gallery, located on the upper level of the New Museum, overlooking the city, will carry Tianqi Lithium’s name. In addition, at the signing ceremony, Minister Templeman and Emeritus Professor Alan Robson, Chair of the Trustees of the WA Museum, conferred a Fellowship upon Mr Jiang in recognition of his ongoing personal interest and support.