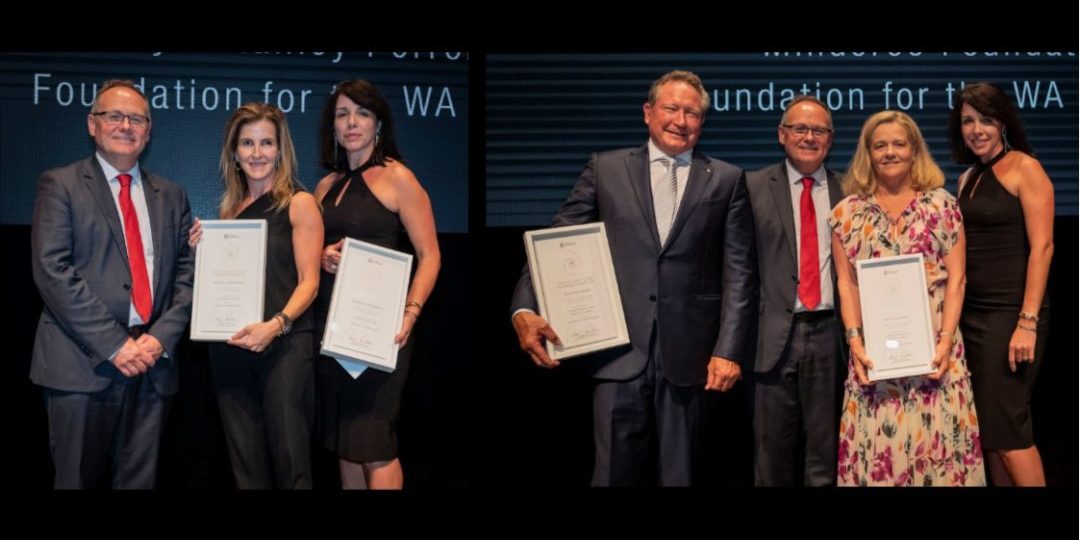 At the State Arts and Culture Partnership Honours Awards held on Monday 8 October 2018 at the State Theatre Centre, two of the Foundation for the WA Museum’s long-standing community partners received acknowledgement for their support of arts and culture in Western Australia.

In its second year, the Awards acknowledge the outstanding contributions of individual philanthropists and businesses who partner with arts and cultural organisations helping create a vibrant arts and culture scene in our State.

Stan Perron of the Stan Perron Charitable Trust was awarded honours under the Individual Partnerships category, which acknowledges individuals who have contributed significant support to an arts or cultural organisation. Mr Perron’s ongoing contribution to the Foundation for the WA Museum creates a leadership statement:  his generosity over many years has significantly benefited the community and he is recognised as setting a new benchmark in untied private philanthropy.

In April 2018, the Foundation for the WA Museum was recipient of a $1m donation from the Stan Perron Charitable Trust toward the Foundation’s Discovery Endowment Fund. The fund supports a wide variety of WA Museum exhibitions, research projects, educational opportunities, outreach programs and acquisitions.

Andrew Forrest AO and Nicola Forrest of the Minderoo Foundation were awarded honours under the Arts Development category, which acknowledges collaborations that foster development within the arts and cultural community. The partnership between Minderoo and the Foundation of the WA Museum began in 2011 with a generous donation to the Foundation’s Discovery Endowment Fund to enable a secure sustainable source of funding to the WA Museum in perpetuity.

In 2018, the Foundation for the WA Museum used a portion of donation dividends to set up an annual Minderoo Grant. Four recipients of the inaugural Minderoo Grant received funding for key Museum projects which offer far reaching benefits and represent some of the WA Museum’s diverse disciplines in science, social and cultural knowledge.

In addition to these two prestigious awards, Nyamba Buru Yawuru was nominated by the WA Museum and awarded the honour in the Aboriginal Arts category. Thanks to the generosity of Tim and Christine Ungar of the Ungar Family Foundation, two young Yawuru people, Maya Shioji and Bart Pigram, participated in the WA Museum’s Emerging Curator Program. They worked with Nyamba Buru Yawuru curator Sarah Yu to develop the exhibition Lustre: Pearling and Australia. A book based on the exhibition has since been developed in consultation with Yawuru, Karajarri, Bardi, Jawi and Mayala Elders, and the wider pearling community. The exhibition is current touring Australia for a 3-year period.

The Foundation congratulates all who were nominated or awarded honours last night, with special thanks to Stan Perron, and Andrew and Nicola Forrest for their outstanding commitment to the arts and culture sector.